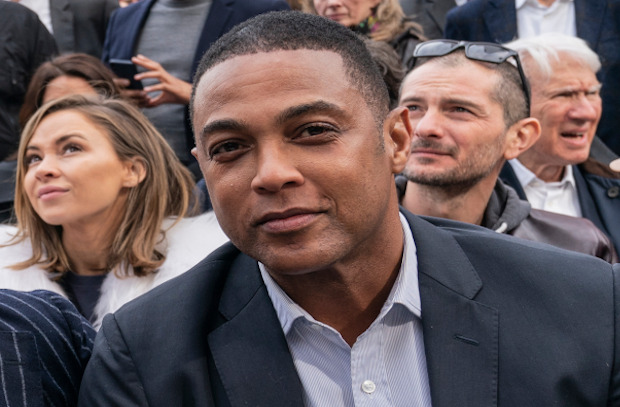 (Tea Party PAC) – Despite CNN going under new management and attempting to change their reputation as a purveyor of fake news and divisive rhetoric, the network appears to be keeping leftist shill Don Lemon around. The longtime host will say anything to protect the establishment.

On Monday, Lemon asserted that CNN isn’t “fake” during an interview with filmmaker Andrew Callaghan who made a documentary on the Jan 6, 2021, riot at the Capitol.

His remark came in response to Callaghan pointing out that networks like Fox and “even CNN” are in constant competition for “views” in the round-the-clock news cycle “based upon fear, division, outrage and panic.”

He’s certainly not wrong. The cable news outlets have become so sensationalized in an effort to get and retain viewers that Americans have completely lost trust in them. Not to mention networks like CNN and MSNBC have clearly aligned with the political left and skew all of their so-called “reporting” to reflect that. Much of it is, indeed, propaganda, otherwise known as “fake news.”

Further, retired Army officer Ralph Peters, who was an analyst for the network, claimed the dossier “rings true” in a 2019 appearance. Host Erin Burnett said in March 2019 that the dossier was funded by Republicans. Meanwhile, dossier source Igor Danchenko has been indicted for lying to the FBI and the entire dossier has been thoroughly debunked.

The Russia-Trump collusion hoax was fervently pushed by CNN personalities and to this day there are many on the network who still act as though the collusion story was legitimate and that Trump is a Russian agent.

That’s just one example proving how “fake” CNN really is. There are many more including the network refusing to call violence, violence during the 2020 Antifa/Black Lives Matter riots that broke out in cities all across the US resulting in over $2 billion in damages.

In August 2020 the network claimed that riots in Wisconsin, which involved a police-involved shooting, were “fiery but mostly peaceful.” The reporting correspondent made the absurd claim while literally standing in front of a burning building.

Lemon himself has had quite a dubious relationship with the truth over the course of the last decade. In 2019, he allegedly warned former “Empire” star Jussie Smollett that police doubted his story regarding being the victim of a hate crime in Chicago.

A jury later found Smollett guilty of lying about the hate crime in December 2021.

Then there are all the lies network personalities have told about President Trump over the years, their favorite being that Trump is a “racist.”

They repeatedly declared that 17 intelligence agencies concluded Russia meddled in the 2016 election. They’ve even been caught editing videos of Trump to make him appear in a negative light, such as a video of him dumping a box of fish food into a pond of koi while omitting footage of then-Japanese Prime Minister Shinzo Abe doing the same thing.

CNN has developed a reputation of being “fake news” for good reason and Lemon looking directly into the camera and asserting that the network is not “fake news” certainly doesn’t help anything.