(Tea Party PAC) – With the mainstream media working around the clock on a near constant basis to inflict a form of brainwashing on the masses in America, hoping to turn them all against President Trump, it can be exhausting and quite frankly, a little discouraging. The way folks like CNN cover the news, it seems as if the whole world hates Donald Trump. But that’s only what they want you to see.

The truth of the matter is, President Trump is pretty well liked by a lot of American citizens. However, since that fact goes against the liberal narrative that tries to apply peer pressure to folks in order to get them to bash on the leader of our country — everyone wants to fit in, right? — you won’t likely see much of this support covered in the news. Or if you do, it will be twisted to make it seem as if only white supremacists are out there showing love for Trump.

Which is why hundreds of people showing up to a boat parade in Trump’s honor is such a big deal and a great encouragement for those of us getting weary from the constant onslaught against not only the president, but against anyone who dares to support him and his America first agenda.

Trump supporters flocked to the Intracoastal Waterway — venturing from the Jacksonville inlet to the Palm Valley Bridge — to express support for the president:

One of the attendees told Breitbart News that as many as 400 boats participated in the event, which kicked off with the national anthem. Others were standing on banks to demonstrate their support. Photos show participants waving American flags, as well as Trump 2020 flags.

“You can’t ignore the support for Trump,” a Jacksonville resident who participated in the event told Breitbart News, adding that the turnout gi“Great family event with social distancing,” she added. 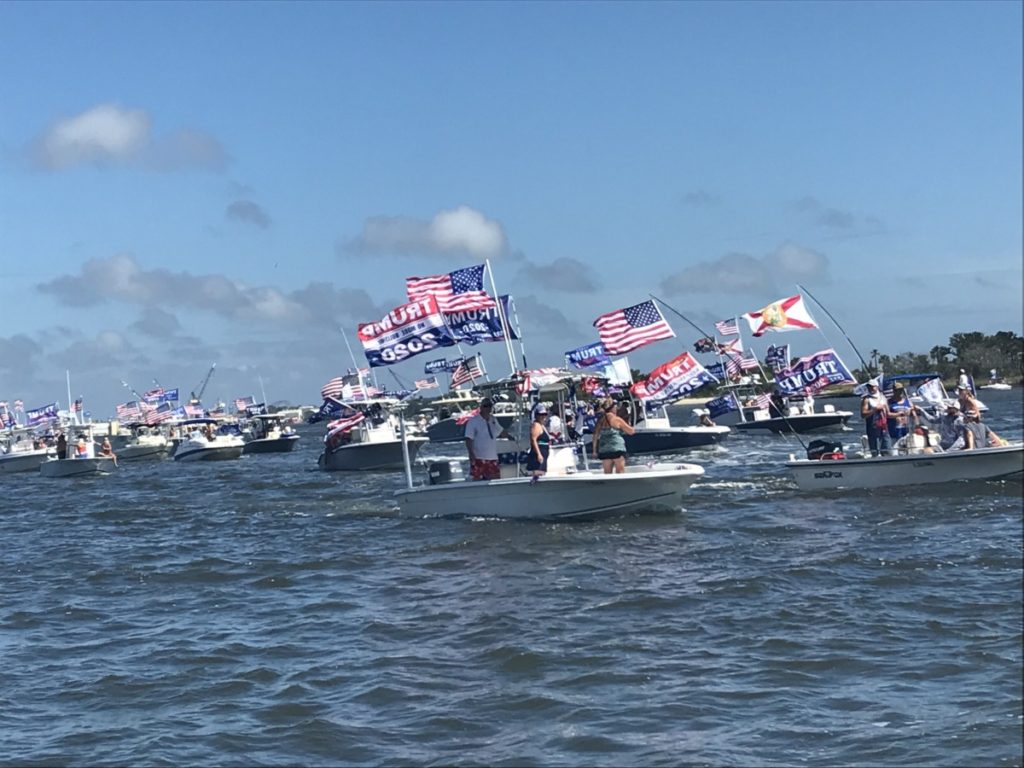 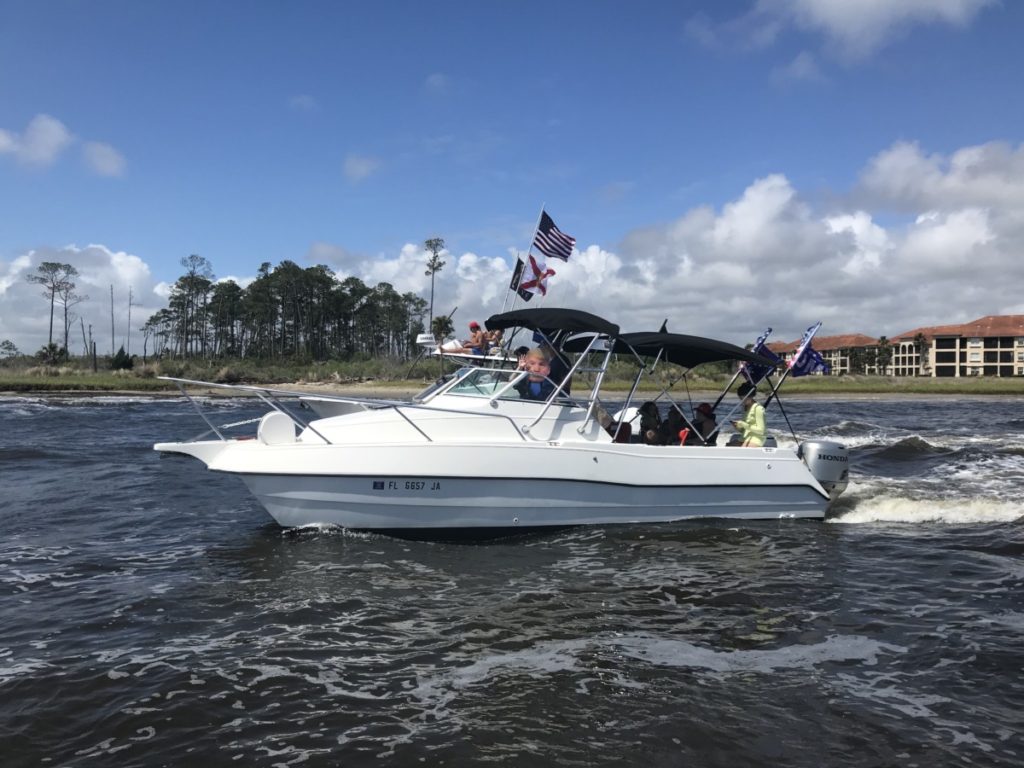 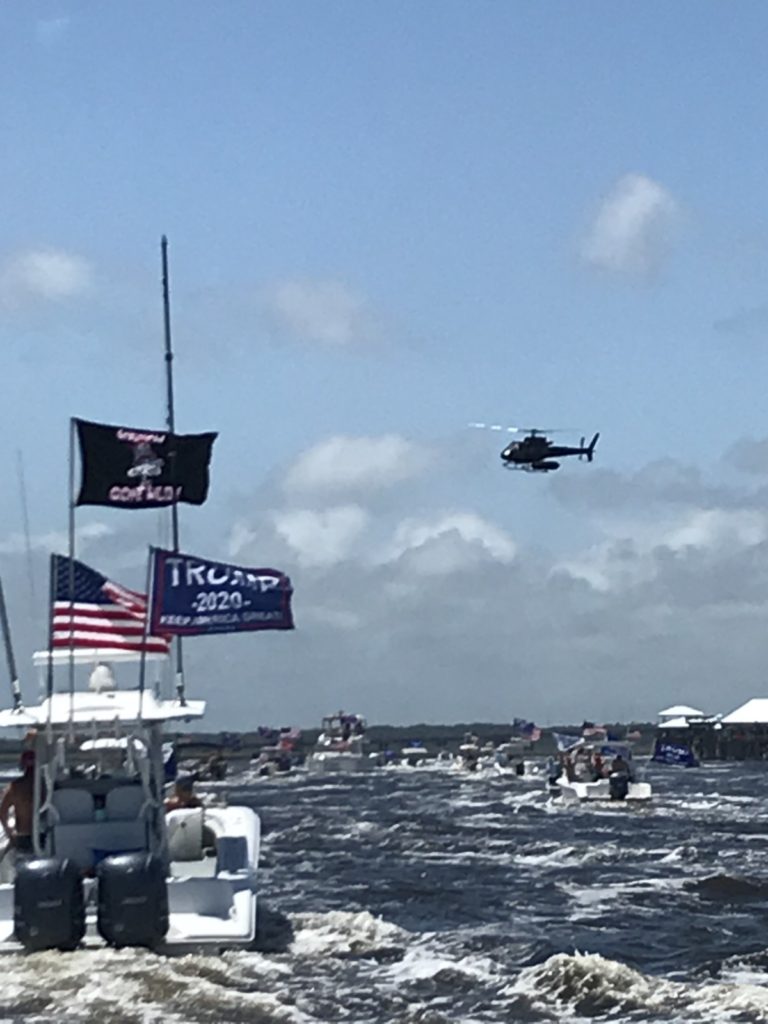 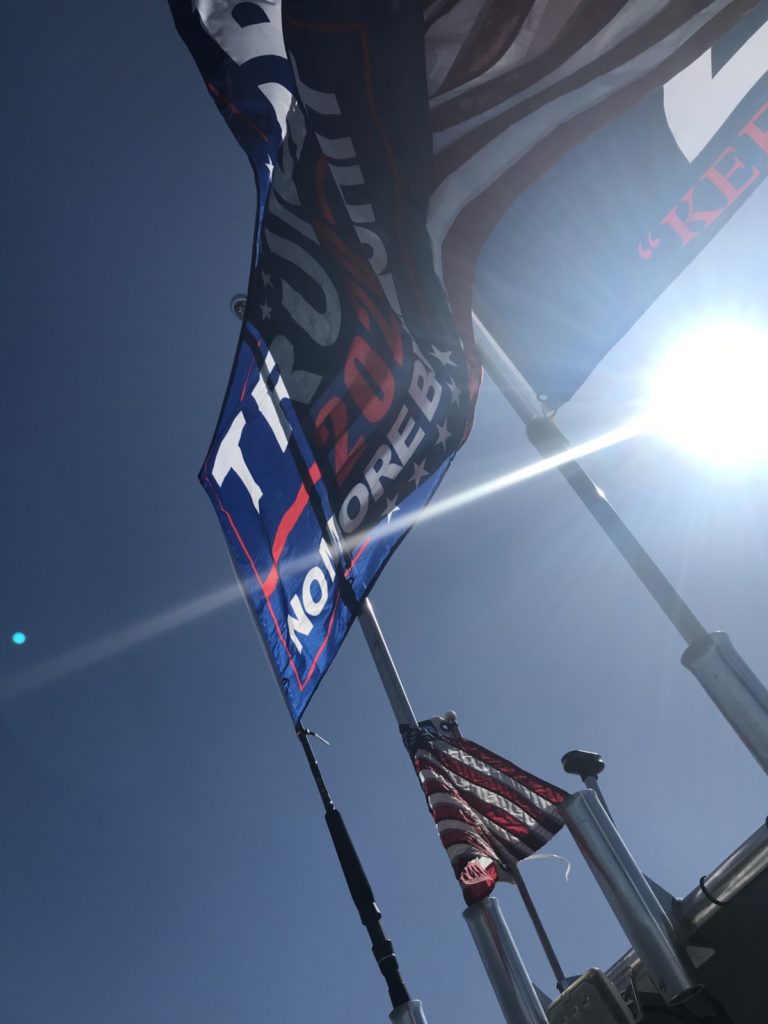 “It’s a great event, because it demonstrates the First Amendment of the constitution, or a political activist can go out in public and say what they have to say and how they feel and who they can support, whether it be Republican or Democrat,” Navy veteran Ray Shaw, said, according to News4Jax.

Similarly, another “Trumptilla” boat parade occurred in South Florida in early May, with supporters cruising the Intracoastal Waterway from Jupiter to Mar-a-Lago.

It’s more critical than ever that those who support liberty and understand the importance of putting our nation first when it comes to preserving freedom and economic success to stand up boldly for the president amid so many vile attacks on him and his administration. You don’t have to agree with him on everything. You don’t have to worship the guy or even like his personality all that much.

Just recognize that what is being done to him by the radical right isn’t just a repudiation of his platform and policies, but is full-on hatred for you and I as citizens of this great country and for the way of life that has made us the best nation in the world.

Another Jacksonville boat parade is rumored to occur on June 14 — on President Trump’s birthday.

President Trump, a Florida resident, scored a significant political victory in the Sunshine State in 2016, edging out his challenger, Hillary Clinton, 48.6 percent to 47.4.

At the end of the day, if you watch any sort of mainstream media news coverage, take what you see being reported with a grain of salt. Never forget that the vast majority of news stations in the country are owned by four different companies, almost all of them liberal in their slant. They want you to swallow their propaganda.

That doesn’t mean be paranoid. It means verify the information you consume from multiple sources and never be afraid to question the narrative.

Gov. Whitmer Weighs In On Hubby’s Request For Special Treatment; The...

Trump Throws Down A Challenge For North Carolina Over RNC Convention;...