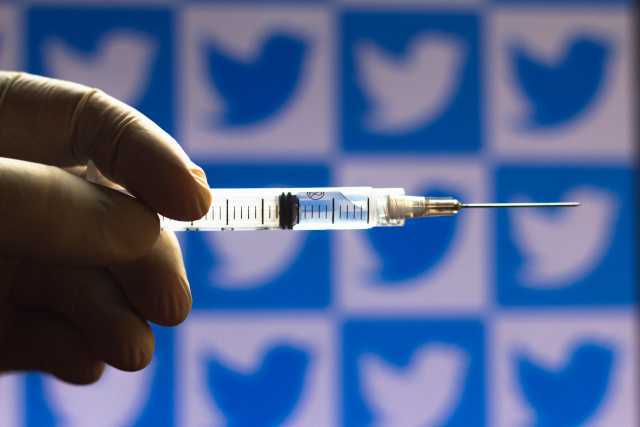 (Tea Party PAC) – There are still tens of millions of Americans who are standing strong in their refusal to comply and submit to the COVID narrative, namely in getting the vaccine.

Since the beginning of the entire COVID charade, it was painfully obvious to many that COVID was never simply going to just go away and that this ordeal was never going to end.

While many truly believed that if we just submitted to two weeks of tyranny to “flatten the curve” everything would just go back to “normal.”

COVID is the new normal and those of us who have been paying attention have known that the end game has always been the vaccine.

The vaccines don’t work. They don’t stop COVID infections and they don’t stop the transmission of COVID. Yet, they’re still being forced on us all. Employers are instituting vaccine mandates, schools are requiring it for students, Americans’ travel and lives are being restricted based on vaccine status.

For those of us who have refused the jabs, we can lay our heads on our pillows every night knowing that we have made the right decision. The vaccines are dangerous and are like injecting little ticking time bombs right into your DNA.

I, for one, feel good about my decision to stand strong and refuse to be injected with these experimental drugs.

On the other hand, the same cannot be said for scores of Americans who have taken to social media to express their deep regret for getting the vaccines.

It’s truly sad and heartbreaking to see one Twitter user after another admitting they made a mistake when they got vaccinated. They can’t take it back but now they’re awake. They see the truth and many are scared and feeling helpless.

A recent search performed on Twitter for “regret taking the vaccine” resulted in a cascade of tweets from users all expressing their wish that they had never capitulated to the vaccine agenda.

There are tweets going back as far as July 2021 but every day more and more people are joining the trend and confessing their deep regret and even explaining why they won’t be signing up for the booster shots anytime soon.

DailyVeracity.com compiled screen shots of the many, many posts they found in their search for “regret taking the vaccine” on Twitter. “I thought I was getting back to 100% but clearly not. Do I regret taking the vaccine? Yes, and f*** you if you think that’s wrong,” wrote Twitter user @TinaxDez clearly angry over being lied to by the federal government.

“I think I regret taking the vaccine because the side effects have refused to wear off,” another user said. “I got J&J was bed bound for 2 days, felt like I had Malaria, I regret taking the vaccine,” documented another user. “I regret getting vaccinated,” many people tweeted toward the end of September. “I regret getting vaccinated. I did not do enough research. smh,” tweeted one clearly remorseful woman.

Another person explained their regret for getting the vaccine just so they could make life easier in New York.

“I know the change is low but if complications arise in the coming years…American will collapse in on itself, absolute war. I regret taking the vaccine but I did because New York is ridiculous otherwise I wouldn’t be able to live my life. Just praying my genetics aren’t fucked.” Yet another person described their symptoms as reasons not to get another vaccine, saying, “Wow. I got my second covid shot on Monday and since then I have been getting headaches, brain zaps, brain fog, extreme fatigue, endless hunger, vertigo, pressure in head, feeling too hot and the other usual symptoms. I regret taking the vaccine I want to feel normal again!” Another guy said he’s been sick from the injection for SEVEN MONTHS.

“I regret getting vaccinated everyday,” another anguished user tweeted. “Have been sick since the second shot. That is 7 months. Fuck this vaccine.” Replying to KING5 Seattle, one user wrote they regretted getting vaccinated and regretted “influencing my family and friends to get vaccinated.” Another user claimed they felt coerced into getting vaccinated because of an order mandating PCR tests every three days. “I regret getting the vaccine. I let God down,” another user ominously wrote. “I regret getting vaccinated. I refuse to get a ‘booster’ which is just another dose of the same vaccine that already doesn’t work,” another user aptly pointed out. “I regret getting vaccinated. Before I NEVER got sick. Now I’m positive for this virus. NO MORE VACCINES FOR ME,” another person wrote, attaching photos of a positive Covid test.

“I regret getting the vaccine,” related another Twitter user. “I was lied to by my government I was told that if I got the vaccine that I would not be able to spread the virus and that is a big fat lie and I would have never gotten the vaccine.” “Unfortunately I had to get hurt first before I woke up. I regret getting vaccinated,” one user sadly observed. The endless admissions of regret are sad but also encouraging. It’s good to see people waking from their slumber and realizing that the federal government does not, in fact, have our best interests at heart.

The federal government has no interest whatsoever in our collective health or safety. The vaccines are concrete evidence of that.

It’s truly sad that getting the vaccine is what it took to wake many people up but fortunately they are awake now and see just how dangerous our own government truly is.

The FDA has officially approved the Pfizer COVID-19 vaccine. While all three COVID vaccines have met FDA's strict standards for emergency use, this FDA approval should give added confidence that this vaccine is safe and effective.

If you're not vaccinated yet, now is the time. https://t.co/XaxFdWHbRc

“I call on you now to do that. Require it.” pic.twitter.com/kwCLlCXW7w

Joe Rogan questions big tech for censoring “one of the most qualified people in the world to talk about vaccines”Dr. Robert Malone.

Joe Rogan feels compelled to have people like Dr. Robert Malone & @P_McCulloughMD on his show because he doesn’t know how else this information will get out.

“We are in an environment in which truth and consequences are fungible.”

“This is modern media management and warfare”. pic.twitter.com/MOayOJAW0O

As a creator of the mRNA tech, why is he speaking out? Dr. Malone responds: “Because it’s the right thing to do”.

“They are lawless. They completely disregard bio-ethics. They’ve broken all the rules that I know, that I’ve been trained on for years”. pic.twitter.com/mxG7phVhIJ

Joe Biden met with Narendra Modi and a decision was made to not disclose the contents of the treatment. Why? pic.twitter.com/PG9AkhIHvG

Joe Rogan and Dr. Robert Malone on the villainization of Ivermectin.

Dr. Robert Malone: There are good modeling studies, that show a half of Million Excess Deaths have happened in the US, through the intentional blockade of early COVID treatment by the US Government. pic.twitter.com/lj9YKktcQZ

Dr. Robert Malone offers his observation of what could be behind the targeting of physicians,such as @P_McCulloughMD, who advocate for early COVID treatment to keep people out of the hospital.

He tells Joe Rogan to follow the money. pic.twitter.com/yI1Kc4k4gP

Joe Rogan and Dr. Robert Malone discuss how people with natural COVID immunity are at a higher risk of adverse events from the vaccine. pic.twitter.com/faAXiHMuL1

On Joe Rogan, Dr Robert Malone discusses an alleged whistler blower case where a teenage girl was severely injured by the vaccine, yet the incident was reported as a stomach ache. pic.twitter.com/KEOlL57T4P

On Joe Rogan, Dr Robert Malone suggests we are living through a mass formation psychosis.

He explains how and why this could happen, and its effects.

He draws analogy to 1920s/30s Germany “they had a highly intelligent, highly educated population, and they went barking mad” pic.twitter.com/wZpfMsyEZZ

"Hospitals should hire nurses & other staff with natural immunity…They are the ones who are least likely to infect the residents. [Yet] we're doing the opposite. They’re being fired."

If a 5 year old develops "mild Myocarditis," there is a 50/50 chance they won't live to see their 15th birthday.

This is what we are doing to our CHILDREN, for political statement!