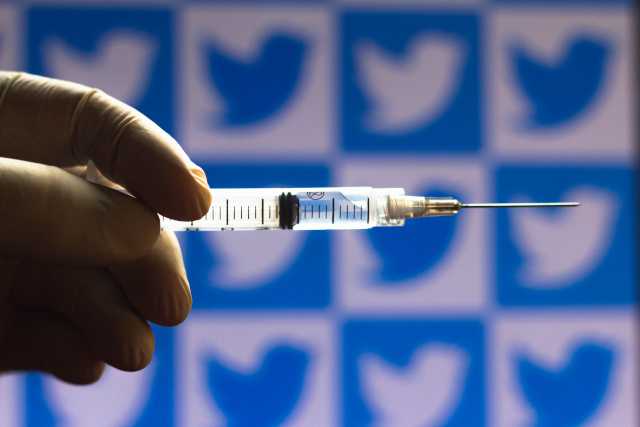 (Tea Party PAC) – If you are one of the more than half a million folks who follows Dr. Robert Malone, the inventor of the mRNA technology that is responsible for the Pfizer and Moderna COVID vaccines, you’ll no longer be able to have direct access to what he really thinks about the pandemic, nor the information he normally provides about the vaccines on his platform.

According to WND, Malone said that he’s been permanently suspended from Twitter on Wednesday with no real explanation as to why.

“There is another example of the active, globally coordinated campaign to silence all dissent or discussion about the mismanagement of the COVID-19 outbreak, safety of the gene therapy-based vaccines, and the malfeasance of Pfizer, FDA, CDC, NIH and influential academics and academic journal editors in this matter,” he said in an email addressed to WND.

Malone then offered up more information in a post on his Substack page, stating that his being booted off Twitter was bound “to happen eventually.”

“Today it did. Over a half million followers gone in a blink of an eye,” he said. “That means I must have been on the mark, so to speak. Over the target.”

But then he went on to say this also “means we lost a critical component in our fight to stop these vaccines being mandated for children and to stop the corruption in our governments, as well as the medical-industrial complex and pharmaceutical industries.”

You aren’t allowed to break with the official narrative, folks. If we dare try to seek after the truth and expose others to the truth, the gestapo-like figures in charge of social media, the mainstream media, and other platforms that could be used for pushing an agenda, will come out of the shadows to silence us.

Along with his own personal blog, Malone provided some links (here and here) to other social media platforms he uses.

Malone then stated he’s currently scheduled to be interviewed by the top rated podcaster in the world on Thursday, Joe Rogan.

“A recent interview with another leading critic of COVID vaccines and policies, Dr. Peter McCullough, was Rogan’s biggest ever, drawing more than 40 million listeners to date,” the report said.

“McCullough, in a video interview with WND last week, was asked his reaction to President Biden calling on ‘the purveyors of these lies and misinformation’ about COVID vaccines and policies ‘to stop it.’ The president described as ‘immoral’ their distribution of data on safe and effective early treatments along with reports of vaccine injuries from the Centers for Disease Control and Prevention website amid suppression of traditional scientific debate,” WND reported.

Malone, who also conducted a video interview with WND on Dec. 20 stated that the latest variant, omicron, could actually turn out to be a “Christmas present,” as it serves as a natural vaccine because it seems to be more contagious than the previous variants of the illness, though with much milder symptoms that are closer to those of a common cold.

“Earlier this month, Malone issued a video statement explaining why more than 15,000 physicians and medical scientists around the world have signed a declaration that healthy children should not be vaccinated for COVID-19. He warned parents that the decision to inject their children is ‘irreversible,’ and they need to be aware of ‘the scientific facts about this genetic vaccine, which is based on the mRNA vaccine technology I created,'” the report continued.

During an 80-minute video interview with WND last month, Dr. Malone went on to explain why he is opposed to universal vaccination and why he’s been coming out, risking his own reputation and career, which took three decades to establish, in order to speak the truth about the vaccine.

“He is assisting two major efforts, as WND reported, the grassroots Unity Project opposing vaccine mandates and the International Alliance of Physicians and Medical Scientists that was launched by the Global Covid Summit,” the report concludes.

This is why it is critical that we continue to build our own platforms to share information and expose the world to what’s really going on with these vaccines. The spread of information is the main weapon we have in this fight against the narrative being force fed to us through the propaganda wing of the Democratic Party known as the mainstream media.

Gen. Flynn: Biden Might Get Hundreds Of Millions Killed