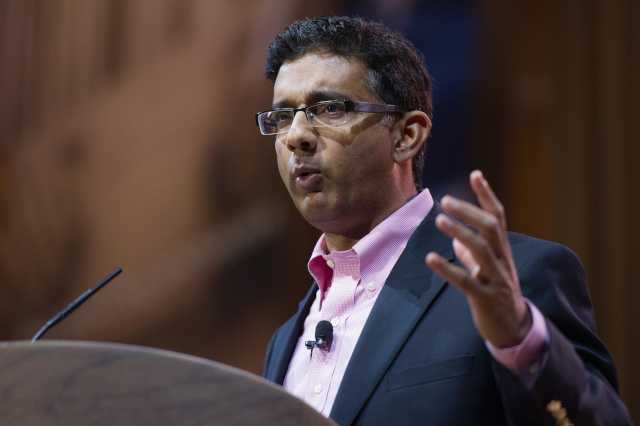 (Tea Party PAC) – Conservative filmmaker Dinesh D’Souza has just put out a trailer for an upcoming film that allegedly reveals the “2000 Mules” that have supposedly been documented delivering stacks of 2020 presidential ballots to drop boxes all over the country, especially in swing states during that particular race.

According to WND, the filmmaker has raised some serious questions in previous projects he has created concerning the presence of undercover FBI agents or possible informants, and what they did, during the riots at the Capitol building on Jan. 6, 2021. D’Souza has also brought charges against the Democrats of being the real racists in this country, completed a riveting film about twice-failed presidential candidate Hillary Clinton, and even had a book, “America” top the NY Times bestseller list back in 2014.

“True the Vote has been working with D’Souza on the film which makes use of footage the organization obtained of drop boxes in key swing states throughout America,” the report went on to say.

“The investigators used geo-tracking units, through which True the Vote was able to track more than 2,000 ‘mules,’ who wore gloves and disguises to stuff poll containers, the report explained,” according to WND.

D’Souza is the narrator for the movie, going on to explain, “We tracked 2,000 mules making a number of poll drops. Leaving no fingerprints. Snapping pictures to receive a commission. A coordinated ring of unlawful vote harvesting in all the important swing states.”

The filmmaker has confirmed one “mule” ended up making 53 trips to 20 drop containers for the presidential election.

“There is no evidence of widespread voter fraud.”

Another piece of evidence that proves ballot trafficking was a real issue in the 2020 presidential election comes from a recently published report concerning how a person in Georgia admitted to being paid thousands of dollars as part of a ballot harvesting scheme.

“On Tuesday, Just the News broke an update to this ongoing scandal and revealed that there were over 200 Democratic operatives working to illegally harvest ballots and that election integrity organization True the Vote had interviewed one specific man who says he was paid thousands to carry out the illegal work,” the report revealed.

“The group also said it interviewed a Georgia man who admitted he was paid thousands of dollars to harvest ballots in the Atlanta metropolitan area during the November election and the lead-up to Jan. 5, 2021 runoff for Georgia’s two U.S. Senate seats, which were both captured by Democrats and ended GOP control of Congress. The group has yet to identify the cooperating witness to state authorities, referring to him in the complaint simply as John Doe,” the report stated.

Folks, it’s time for serious investigations to be made and individuals to be held accountable for the theft of the 2020 presidential election.