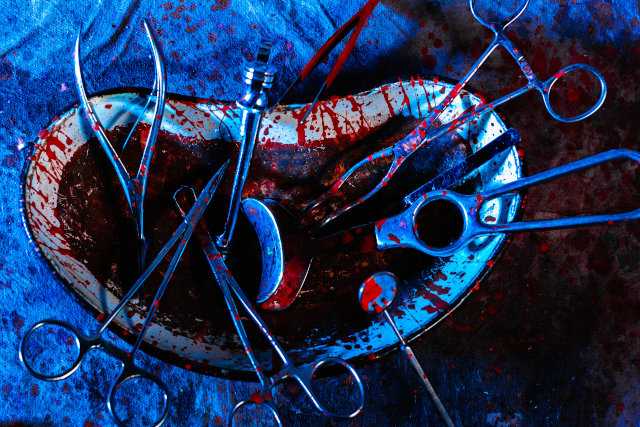 (Tea Party PAC) – The radical left has totally freaked out over COVID-19 during the pandemic, which has been going on now for almost two years, consistently lecturing folks who aren’t on board with getting vaccinated or wearing masks, of hating human life and being selfish, stating they, the heroes of the story, are doing everything they can to save every single life possible.

All of this sounds good on the surface, but the only problem is the inconsistency of their stated belief. Because as it turns out, the leading cause of death all over the planet is not COVID-19, it’s abortion.

And yet, liberals all over the world continue to fight to preserve the “right” they think people have to murder their unborn children. So much for their bloviating nonsense about wanting to save and preserve every life, right?

According to a new report from Infowars, abortion murdered 43 million pre-born babies in 2021, according to data provided by Worldometer.

“As of noon on December 31, 2021, there were 42.6 million abortions performed in the course of the year, Worldometer revealed, while 8.2 million people died from cancer, 5 million from smoking, 1.7 million of HIV/AIDS, 1.3 million from traffic fatalities, and 1 million from suicide,” the report went on to say.

“Totaling all the deaths in the world from causes other than abortion reveals a figure of 58.7 million, meaning that abortions accounted for just over 42 percent of all human deaths in 2021,” the report stated.

The worldwide death total from COVID-19 in 2021 was around 3.5 million, according to information from the CDC. Wow. Yes, this sucks, but look at the number of deaths from abortions compared to those from COVID. Clearly, if we’re going to be taking dire action to prevent death, we need to outlaw this barbaric practice.

“Worldometer — voted one of the best free reference websites by the American Library Association (ALA) — keeps a running tally through the year of major world statistics, including population, births, deaths, automobiles produced, books published, and CO2 emissions,” Infowars said.

This organization also registers the total number of abortions that are performed all over the world, based on the latest stats that are published by the World Health Organization (screenshot here).

“In a House Committee on Oversight and Reform hearing dubbed, ‘A State of Crisis: Examining the Urgent Need to Protect and Expand Abortion Rights and Access,’ Democrats argued Texas’ S.B. 8 law banning abortion after 6 weeks was an affront to women’s rights,” the Infowars report stated.

“The action was documented and clipped on Twitter by Grabien’s Tom Elliott. As usual, Dems threw every label they could at the issue, including white supremacy, racism, comparisons to Hitler and more,” the report said.

.@AyannaPressley: Pro-life laws hurt “our lowest income sisters, our queer, trans and nonbinary siblings; black, Latinx, AAPI, immigrants, disabled & indigenous folks. And none of this is happenstance … These bans are rooted in a patriarchy and white supremacy." pic.twitter.com/Li5XOrclPt

She then said that pro-life laws “our lowest income sisters, our queer, trans and nonbinary siblings; black, Latinx, AAPI, immigrants, disabled & indigenous folks.” The ironic part is that most of these clinics are in areas heavily populated by blacks, right in line with Planned Parenthood founder Margaret Sanger’s ultimate racist eugenics plan to eradicate blacks from the face of the earth.

Dr. Moayedi: “Our country is actually founded on reproductive control & coercion of enslaved Africans and of indigenous people. So this is actually a historical tactic in our country, and a method of upholding white supremacy, so that has not changed and continues today" pic.twitter.com/qxYtP7y7Gf

Abortion activist Maleeha Aziz: Prohibiting taxpayer funding for abortion is "classist" and "racist" … "it fills me with rage" pic.twitter.com/TLAvjy8S3n

Abortion activist Maleeha Aziz: “As we know, people get pregnant and not just women." pic.twitter.com/XZiRXwJXwW

.@AOC suggests she was raped: “I speak about this as a survivor” pic.twitter.com/fGTq2vjizu

The Supreme Court’s decision to do nothing and let this appalling Texas law go into effect is an effort to rip away women’s rights, health, and reproductive freedoms.

This fight is only just beginning. Democrats will fight against #SB8 and for Roe v. Wade.

This is a tough day for Texas.

We need to channel our anger into action and take power back in 2022.

Join me in doing the work now that ensures we can win important elections next year: https://t.co/T02iUAZPGu pic.twitter.com/XSZ6EANGYY

Under the cover of darkness, by choosing to do nothing, the Supreme Court allowed an unconstitutional abortion ban in Texas to go into effect last night.
Their decision doesn’t change the fact that reproductive rights are human rights. We'll fight for them.https://t.co/hp1N6G2S3M

Silently–in the dead of night–the Supreme Court eviscerated the protection of a woman’s right to choose that has been protected for 50 years.

CA will continue to protect this fundamental right & lead the nation in expanding access to reproductive care. https://t.co/Y10AlJ7wui

Overturning #RoeVWade would put lives at risk and limit access to care.

I continue to stand with everyone who fights for reproductive rights, especially in the face of extreme laws.

Texas' abortion ban, which denies women their constitutionally protected rights, is the product of a decades-long effort from right-wing activists to overturn Roe v. Wade.

We must stand up for those freedoms—in the states, in Congress, and in the courts.https://t.co/v9f4nCnrNZ

That abortion case you think the Supreme Court will use to take down Roe next year? It might not matter. The Court can end abortion rights tonight, without any oral arguments. They're hoping we don't notice. #BansOffOurBodies https://t.co/2A4LUkT6pU

The Trump-dominated Supreme Court has refused to block Texas from banning abortion, effectively killing Roe v Wade. To be clear: a court with 5 of 9 justices picked by presidents who LOST the vote are taking a position NOT held by the vast majority of the American people. FIGHT!

That's how you know they're terrified of him